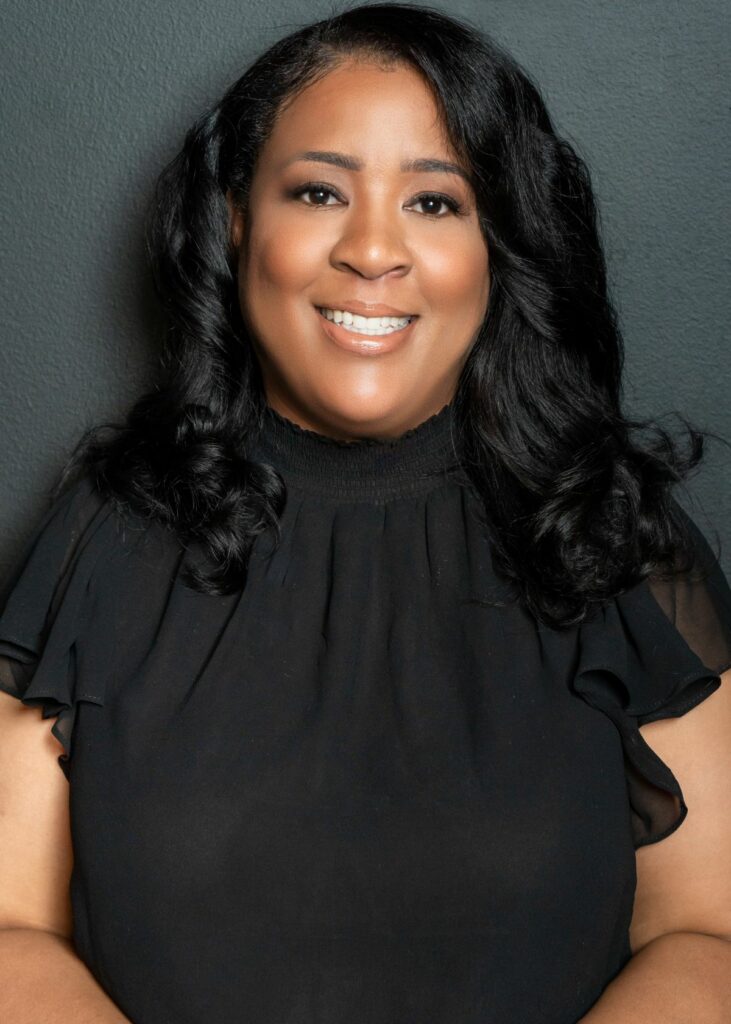 Aiko is a builder, learner, and thought partner. She thrives while working in new spaces, creating novel frameworks.

As a thought partner and learner, she enjoys working in partnership alongside her collaborators on a journey towards creating new understandings, learnings, and creative processes.

Justice and loyalty are values that have been core drivers in Aiko’s life and career.

Working in community has been a way to serve her internal values. She began her career as a grassroots community organizer working in underserved areas similar to the neighborhoods where she was raised.

The next natural step in her pursuit of justice was the law. Aiko gained experience as a litigator, then as an attorney for the City of Atlanta. She served on the Government Counsel team, led by Stacy Abrams. As part of Shirley Franklin’s administration, she led the Legislative Counsel legal team, then served as the compliance director for the city where she oversaw federal, state, and local grants.

She then was recruited by the Bill & Melinda Gates Foundation where she served for over 7 years as Deputy Director over a compliance team, Grants & Contracts Management. During her tenure, she created the first employee resource groups and led some of the first organization-wide conversations about race, not as part of her job description, but as part of living the core values that she demonstrates in her life and work. Knowing that a critical amount of the foundations’ resources impact black and brown communities, Aiko saw the need to create a space in the void and develop the discourse around issues of race within the organization. This was particularly important to Aiko as this was in 2016, a time of rising public reports of police brutality in the Black community.

Due to a need to remain aligned with her values and anchor into her passion she made the decision to dive into equity work full time. She’s consulted for various companies and organizations across the country, including Bristol Myers Squibb, Intuit, Wieden + Kennedy, City of Seattle, PATH, Satterberg Foundation, Starbucks, Theatres for Young Audiences, Uber, and Gap.

As a trusted and credible thought partner, Aiko created and implemented the first organization-wide DEI strategy and developed the first diversity and inclusion department at Fred Hutch Cancer Research Center.

Currently, Aiko leads diversity, equity, inclusion and belonging for the Brené Brown Education and Research Group. She serves as  Sr. Director for Frontline Solutions, a Black-owned and led consulting firm. Aiko is also a faculty member of Hudson Institute of Coaching.

Becoming a certified coach was a natural step stemming from her inherent desire to collaborate with others on their learning journey while serving them in their own growth process.

In addition to her work as principal and founder of RARE Coaching & Consulting, Aiko is Sr. Director of the Daring Way™ and the Dare to Lead™ global facilitator communities of Brené Brown Education and Research Group. She is also a Senior Director at Frontline Solutions, a black-owned consulting firm.

Aiko is guided by her unique background as a Black and Asian American woman along with her intrinsic values of justice and loyalty and her role as a mother raising two Black sons. This perspective helps inform Aiko’s passion and drive to create conversations and change around race and equity in the communities and organizations that she serves.

Her work invites those she collaborates with to open up to new diverse perspectives, develop inclusive spaces, and increase psychological safety- practices that allow them to perform better and innovate together.

She strives to create spaces that are inclusive while creating accountability and awareness around the need for different viewpoints. Often this work is about supporting people who are navigating spaces where they are underrepresented and the overarching system is structured by and for people that operate and think differently. She assists them to recognize that they do not need to internalize messages of not belonging or morph to conform to the system. She guides them to stay present in their values and helps them learn to set boundaries to stay grounded, healthy, and successful.

It’s rare to identify consultants who are informed in legal standards, operational effectiveness, and the emotional intelligence to facilitate equity work. Aiko possesses each of these.

It’s her mission to help individuals, leaders, and organizations create possibilities that empower them to have a greater impact in their work, relationships, and their communities.

In each sector, she created inaugural roles to meet growing organizational needs. She served as litigation attorney of a global law firm as well as the City of Atlanta. Aiko then became the Director of Compliance for the City of Atlanta and Deputy Director of a compliance department at the Bill & Melinda Gates Foundation. Most recently, she was the Head of Diversity and Inclusion for Fred Hutch Cancer Research Center.

The founder of RARE Coaching & Consulting, Aiko guides leaders and organizations to remove barriers to inclusion. She serves as an executive coach to leaders and teams of Fortune 100 companies and global nonprofit organizations. She has been recognized by Forbes as one of the top seven anti-racism educators for companies and by CultureAmp as a DEI influencer to follow. Aiko is a Senior Director of the Daring Way™ and Dare to Lead™ facilitator communities of the Brené Brown Education and Research Group. She oversees development and implementation of the overall strategy for the communities, as well as the specific DEI and belonging strategy for the global 1600+ member facilitator community. Aiko’s writing has been published in Harvard Business Review, Forbes, and the upcoming anthology You Are Your Best Thing. She is an executive coach and is certified by ICF and Hudson Institute of Santa Barbara. Aiko holds a law degree from UNC-Chapel Hill and a bachelor’s from Smith College.

On most days Aiko enjoys spending time with her two sons.

Have a greater impact in your work,
with your team, and in your community.